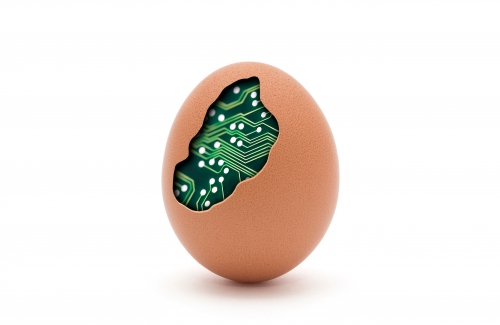 Data is the new fuel. New insights, new benefits, new reasons to believe. Data fuels the world of agrofood. It gives a new Chain Reaction. I will give two examples:  AmazonGo and our own Dutch supermarket disruptor PicNic.

The future is in a hurry. Amazon calls this Just Walk Out Technology, it’s in the foodchain a combination of; Computer vision, Deep Learning algoritm, Artificial Intelligence, Sensor Fusion like the sensortechnology of the autopilot cars  like Tesla. Let’s watch this movie;

Amazon, the winner takes it all

Amazon is a platformeconomy which impact is gigantic. At platformthinking it looks like the winner takes it all. They bought America’s successful organic supermarktchain Wholefoods. The online player Amazon knows that the offline shop in the street is important. They have to follow the behavior of the shopper. Just like the Bonuscard from our own Albert Heyn. Amazon will go much further, their aim is to be integrated from consumer to producer. From consumer to producer instead of from producer to consumer, the traditional chainthinking. They will close the chain till the farmer and beyond. Because they know money follows value.

Jeff Bezos started in 1994 with a bookshop in Seattle. Five years ago, in the political capital Washington he bought the Washington Post for the price of 250 milion dollar. No problem, he is the richest man ever on earth. In the first headquarter, Seattle, now work about 45.000 people in 33 different buildings. Between 2010 and 2016 Amazon added – by investing in the Seattle region and by paying salary – 38.000.000.000 dollar to the local economy.

Amazon divides it’s new second headquarters over two main cities: New York and Washington. The reason: 50.000 extra working people in a crowdy city will dislocate the city in infrastructure, real estate, houseprices and education systems. By doing this, in both cities Amazon will add 25.000 jobs! Their looking for enigineers with a middle income of 150.000,- dollar. With this promise, the cities of New York and Washington together pay more than 2 billion dollar to facilitate this process in the coming 10 years.

In Holland online supermarkets grow two times faster than offline players. For example PicNic, our own Dutch disruptor in retail: Last year the turnover tripled to 100 milion euros. In Utrecht The Hague and Amsterdam PicNic opens very fast new Hubs for their electric SRV cars. Right now they are active in 66 citys, two in Germany. With a waiting list from 75.000 people. PicNic grows fast; they grow weekly with 5 %, with 750 electric vehicles and 2000 people they grow like hell, last 6 months they bought 250 new electric vehicles and got 40.000 new clients.

Data fuels the world of agri food. Data will disrupt the traditional foodchains. The amount effect of data on foodchains and structures will be tremendously. It will give a chain reaction and disruption in our food Dutch funnel wit 50.000 farmers, 6500 fabrics and processors, 1500 suppliers, 3 buyers (!), 25 supermarketchains, 4400 supermarkets, 7 milion families and 17 milion people. You will get squeezed… That’s why there will be a chain reaction powered by data insights, data benefits and data reasons to believe.